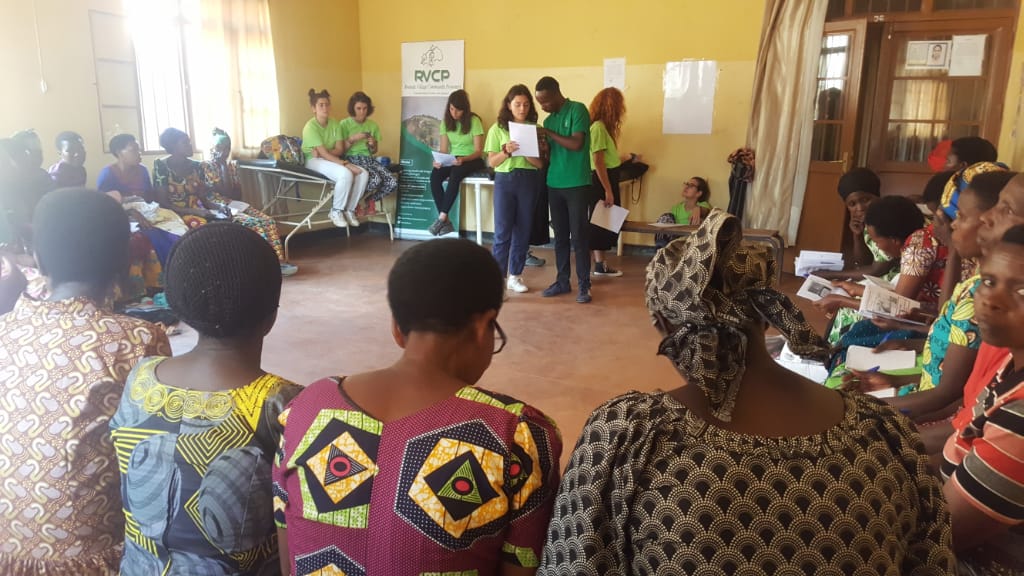 Maternal health is among important areas of focus in Rwanda where the government has put a lot of effort to improve and sustain both antenatal and postnatal health care and well being.
Despite, all these efforts maternal mortality remains high where 290 deaths/100000 live births have been recorded in 2015 according to the Rwanda demographic survey. It’s with the urge that Rwanda Village Community Promoters (RVCP) in partnership with TUSAA planned and executed a prenatal healthcare project that kick started in the summer of 2017.

The project started with the training to the volunteers. On 15th, 16th and 17th, volunteers got trainings on the whole content involved in the project which are pre-eclampsia and eclampsia, their characteristics and how to detect them, causes of maternal deaths and their prevention.

In addition, community health workers are given materials which help them to care to pregnant women. The prenatal health project 2018 started on the 10th July and ended on the 9th August 2018. The project started with the volunteers training for three days. It has had two phases: the first phase was a follow-up to the previous target groups which are RANGO, KABILIZI and SOVU, and KINYAMAKARA health centers. The second phase was training to the new target group which was KARAMA health center.

Within the project, materials given to community health workers are sphygmomanometers which detect the blood pressure, urine stripes to detect proteinuria, cards for the records, batteries for their sphygmomanometers and their charges, books as their learning aids, and meters to detect uterine height. When community health workers detect pre-eclampsia, they directly refer the mother to the health center for further management before it progress to eclampsia.

we acknowleage all efforts for TUSAA and Local leaders, Huye District