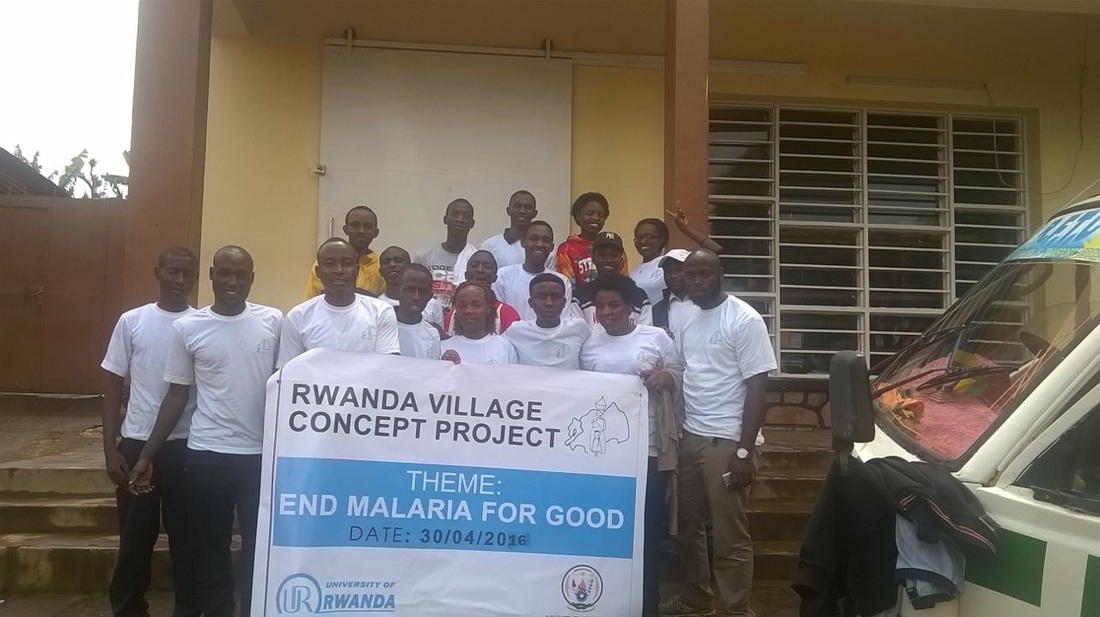 Through its malaria prevention program, Rwanda Village Concept Project, RVCP, warned Mbazi sector residents to be precautious about malaria which is on rise again.
The youth-led organization called on citizens to make the fight against malaria outbreak their own after the monthly community service, Umuganda, held on Saturday, April 30 in Mbazi sector, Huye district of the Southern Province of Rwanda.

The one-hour long interactive conversation between RVCP and hundreds of the local population who participated in Umuganda, focused on how to improve their living and health status but particularly how to individually and collectively combat the resuscitating malaria, one of the most notorious diseases in Rwanda, in the region and Africa at large.

Also in presence was the Governor of South Province Mr. Alphonse Munyentwari, a team of twelve senators led by honorable Professor Laurent Nkusi, Vice Mayor of Huye district and the Executive Secretary of Mbazi sector among other distinguished guests. In his remarks after the community service, Governor Munyentwari commended RVCP, “It is true, Malaria is back and more dangerous this time round, it’s up to us to fight it. This youth organization [RVCP] is doing a great work,”

Only last year (2015), nearly two million new cases of malaria were recorded in Rwanda, the biggest number in years. The escalation of numbers was highly attributed to climate change the ministry of health has ever since set up new strategies to uproot the menace.
To that end, RVCP also donated health insurance to eight people from poor families who could not afford them. Such activities and campaigns fall in our framework, RVCP’s main goal is to improve the living standards and health conditions of underprivileged communities, especially in rural areas.